We’re dusting off whatever old events we can manage, in the final weeks of our service. We’re also just going to leave them all switched on until the lights go out, including Accessory Enhancement, which is going to be extended.

We’re leaving together, but still it’s farewell. And maybe we'll come back... no, we won't.

Since there’s no one to blame, let’s toss out as much bonus experience as we can.

But don't forget who's takin' you home, and in whose arms you're gonna be. So darlin', save the last dance for me.

The VVIP rune sale is ending as stated, but we plan to keep every other current and future sale enabled until the end of the month. And we’ll keep adding as many popular past sales as we can pull off, though it’s still probably a good idea to stock up sooner than later.

The Colosseum bracelets remain the gold standard for affluent wrist protection. Is yours not quite up to snuff? The Champion’s Lucky Box is the best place, outside the Colosseum itself, to piece your own bracelet together. And there’s plenty of Pumpkin Juice, in case you’re looking to pick up an endorsement deal once you’ve won the championship. 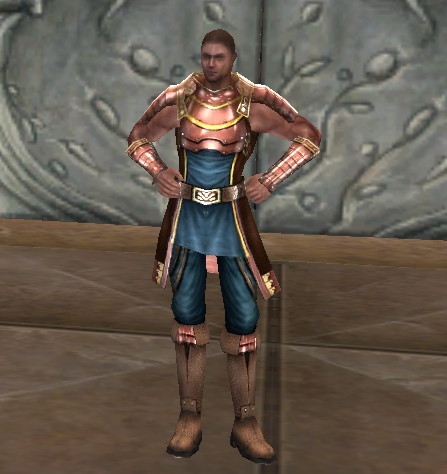 If the Rock hits you he'll kill you. If he misses, the wind behind the punch will give you pneumonia and you'll die anyway, so the choice is yours, jabroni.

One last time, Starmetal rains from the heavens. Twilight are still the highest-flying wings to reach for. And if you’ve already got yours, you’ll still need Liberty Essence to make them all they can be. 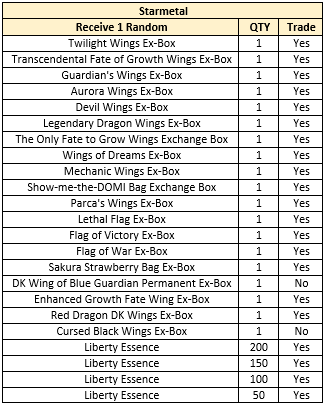 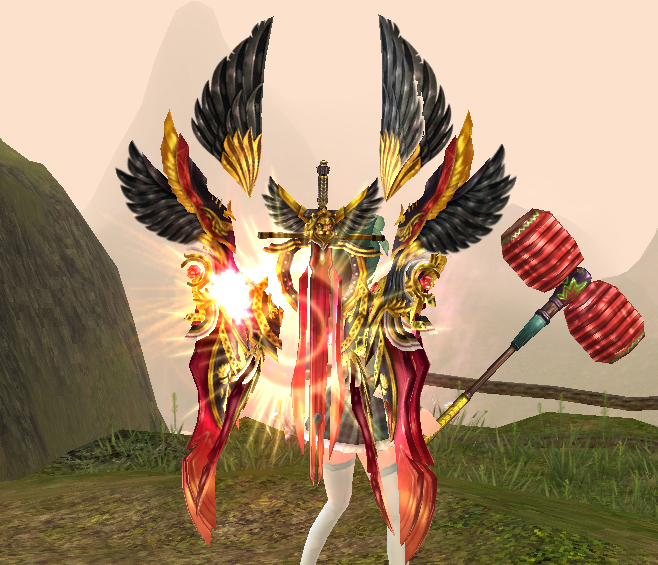 About three things I was absolutely certain. First, Edward was a vampire. Second, there was part of him — and I didn’t know how potent that part might be — that thirsted for my blood. And third, I was unconditionally and irrevocably in love with him.

Trieste’s Key 5+1 will be our last key sale, coinciding with an update to Trieste’s Platinum Treasure Box. There aren’t any new contents this time, but out last update caused a bit of a stir. Despite the average value of the contents remaining the same, players weren’t thrilled that it was harder to obtain Blacksmith’s Grace 35%. That was our mistake, as what felt like a minor change on the back end worked out to vastly different results in practice. Also, despite Graces having a market value, they are more satisfying to find since they are a de facto currency and don’t need to be traded for something else to be immediately useful.

Both types of Blacksmith’s Grace are now several times more likely to be found in this iteration of the Platinum Box than the last one. They aren’t quite back to their peak levels, but you’ll end up with a lot more. 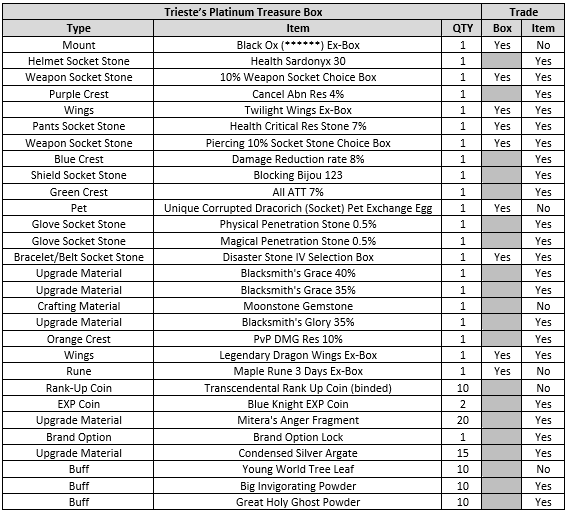