PvP combat heats up, with the introduction of a new battle arena. No more clunky queues – you can jump right in when the battle starts.

If the spirit is willing to step into the sandstorm, but the gear is weak, the DShop has a couple of new paths to gearing up.

Take the mechanics behind DK Square, double the number of teams, and you’ll have an idea of how Draco Desert Battlefield plays out. Miseria and Ricchez are joined by two new colors, Rebel and Terra, in an all-out war over the honor of Communing with the Sunstone to contain an ancient evil.

Despite playing out in a similar manner as DK Square, Draco Desert Battlefield isn’t replacing it – DK Square remains open and functional as before.

Draco Desert Battlefield is open for 30 minutes three times per day, at 1:00PM, 7:00PM, and 1:00AM Central European Time (UTC+2). You must be on the Divine Valley channel to join the Draco Battle.

Jump In The Fire

The new battlefield is located in Draco Desert. To enter, find and speak with the Draco Battle Herald, who hangs out in the Southern part of the village. You’ll need to be at least level 170, and entering a battle will cost you 50 C Coins. 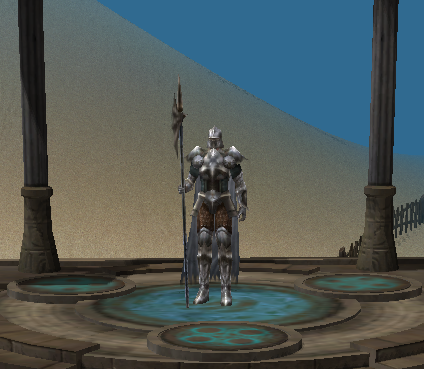 Now hold up, playa, what you diggity-doin' here?

You can’t join the Draco Battle if you’re already queued for DK Square, or if you have the DK Square desertion debuff.

You can join a battle that’s currently in progress, unless the battle has reached its maximum of 120 players. If the battlefield is full, you’ll be placed on the waiting list.

You’ll be removed from your party when joining Draco, and randomly assigned to one of the four teams. Once you join a team, you’re locked in for the duration of that battle – leaving or disconnecting won’t result in a debuff, but you’ll be assigned to the same team if you re-join the same battle while it’s still in progress. You’ll have to pay the entry fee again, unfortunately. 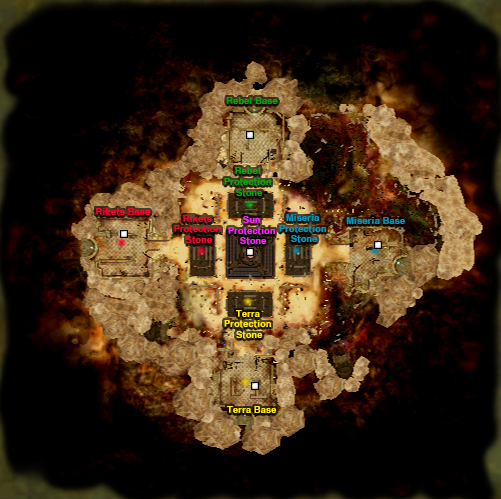 I should diggity-ask you the same!

Draco Desert Battlefield plays like DK Square in most ways: 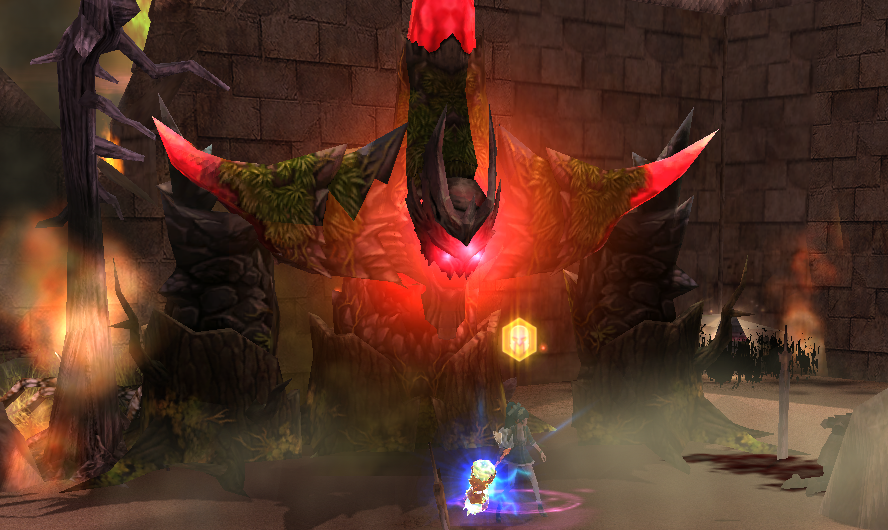 Draco is full of Deserters who start showing up after 5 minutes, and keep appearing in waves for the duration of the battle. They’re a bit tougher than DK Square Deserters, and come in two additional flavors, but still grant bonus Grade Points when killed.

You'd have deserted too, if you saw their dental plan.

Reports have come in of Deserters wielding pairs of handheld weapons which discharge magical energy. These are most assuredly heatstroke-associated hallucinations, and should be disregarded. 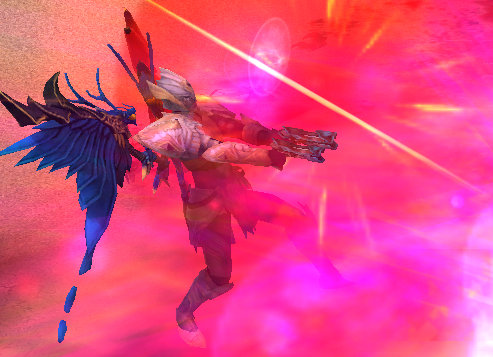 Winning Draco Desert Battlefield and killing the Deserters awards quest credit for Makaio’s DK Square quests in Ardeca. Those are currently the only DK Square quests which apply to Draco Battle.

Something New Under The Sun

Besides the altered entrance system, there are some new features for Draco Desert Battlefield. Firstly, no more anonymity – your name and appearance are displayed to everyone on all sides. An icon above each character clearly displays their team affiliation.

Second, no one can Commune with the Sunstone, regardless of Contribution level, until at least 10 minutes into the battle. 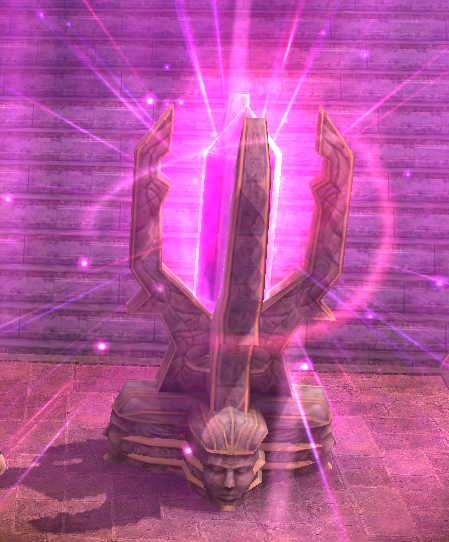 With a Sunstone in the middle, there's some leeway.

Draco features a modification to the Priority Target system. As in DK Square, scoring 5 enemy kills without being killed yourself will mark you with a icon, and inflict a debuff which reduces your resistance to PvP damage and abnormal status effects (to a minimum of 0% for both). Every 5 kills will increase the severity of the debuff, and warn the battlefield that you’re wreaking havoc and should be taken down ASAP!

Unlike DK Square, there's no stat buff for getting a kill streak, until you hit the maximum level. Once you manage a kill streak of 25 and reach Nemesis, you’ll receive a +100% bonus to movement speed, in addition to the debuff.

The third and final week of bonus experience has turned the dial up to the max – 700%. It doesn’t go any higher than this.

Unless you’re on the PK channel. Then it goes one higher.

Is your horn good, but not great? Is half a moon not as good as full, even if it’s better than none? The Accessory Crafter’s Lucky Box is bursting with fragments of those elusive accessory crafting materials. And with Accessory Enhancement in effect, it’s your best bet to buff your bling to the beefiest it can be. For an even better bargain, buy in bulk! 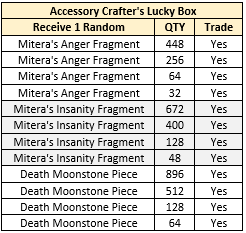 If you were planning to dig in for a week, and Rondo hasn’t yet blessed you with new armor, the Veteran Package features a 7 day 700% experience talisman and 10 Helion’s Glory Lucky Box, which are a great source of Helion gear and the means to upgrade it to +10. 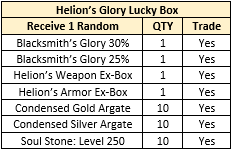