Join us for this month’s Attendance Rewards and receive an exclusive costume, and take advantage of bonus returns from Rank-Up Coins while you work your way through the month.

If your farming time is limited, then stop by the DShop for a solution to your Elmar farming woes.

Last week’s patch unexpectedly halted the Chocolate Truffles from sprouting up from dead monsters, a week before it was scheduled to end. To make up for it, we’ve re-added the event, and we're extending it for an additional week, beyond the one remaining week. The tooltips for all the event items have been updated with the new deletion date of April 1st. 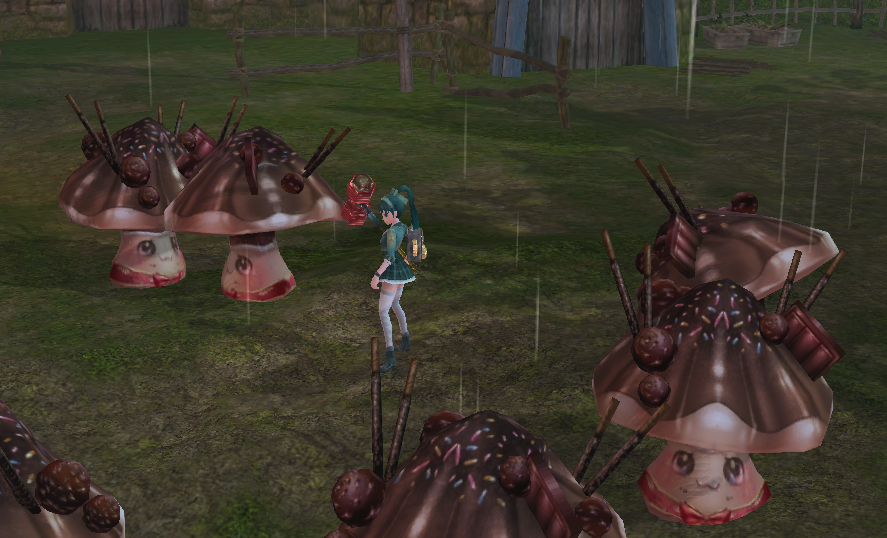 Ingestion may result in hallucinations.

There might be another week or two of Winter left on the calendar, but we decided to get the jump on Spring with some garden-themed additions to your Attendance Rewards. 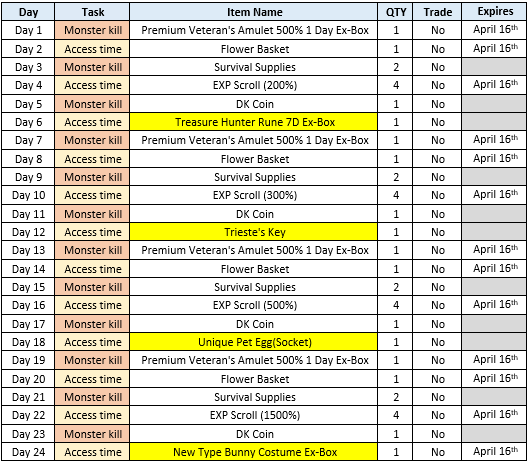 The Flower Basket holds neither tiskets nor taskets, but it does have some refreshingly green prizes. It might even hold the Spring Frog Backpack Ex-Box, which will expire on the indicated date, but the bag inside is yours forever once you claim it. Sticking around for the entire 24 days will reward you with the New Type Bunny Costume, which we’ve dug up from classic Dekaron and spruced up with the ability to accept costume crests. 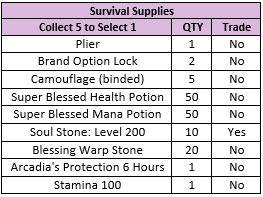 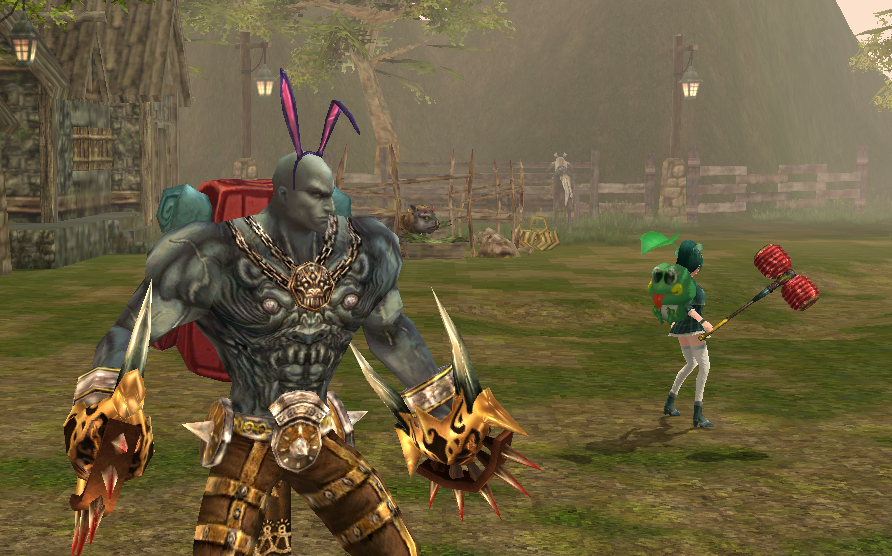 "Look at that silly backpack. So undignified."

Have you been saving those Rank-Up Coins for a rainy day? Right now is your best chance to cash in, since Karin will be rewarding you with 10% more Grade Points than normal when you turn in any of the three different types of coins. 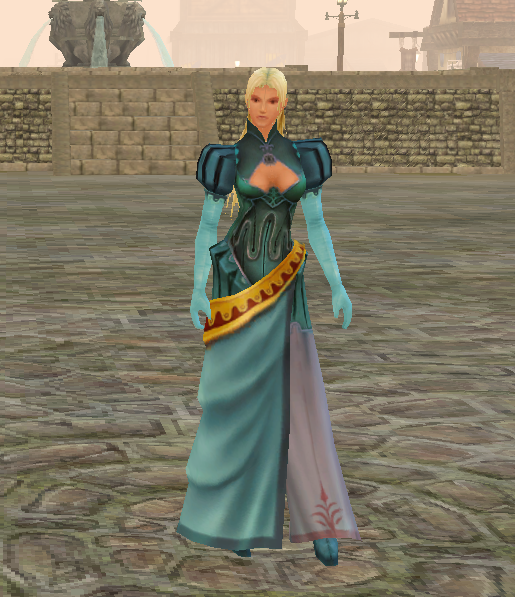 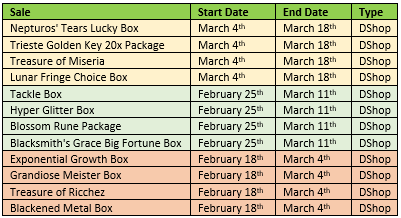 If you’ve been spending days in Elmar and all you’ve got to show for it are pruney fingers, the Nepturos’ Tears Lucky Box can throw you a line. Nepturos' Tears are needed to upgrade the Aquanic Emblem found in Aquarius. 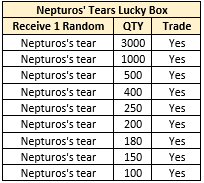 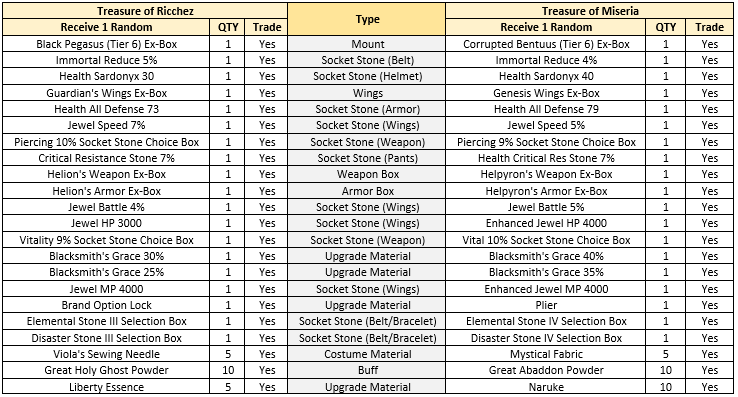 A reminder that both Treasures of Ricchez and Miseria are worth roughly the same on average, but each contains either top-tier items of specific types, or less valuable (but still worthwhile) versions of the other box’s best items.

Keys are back on sale, and the Trieste Golden Key 20x Package is, true to is name, an offer that’s just golden. Plus we forgot to change its name when all the Golden Keys were renamed to Trieste’s Keys. Whoops. Buy big to score twenty keys for the price of only fifteen.

The Genesis Wings have flown back into Trieste’s Gold Treasure Box, and brought with them some new top-tier costume crests and socket stones. 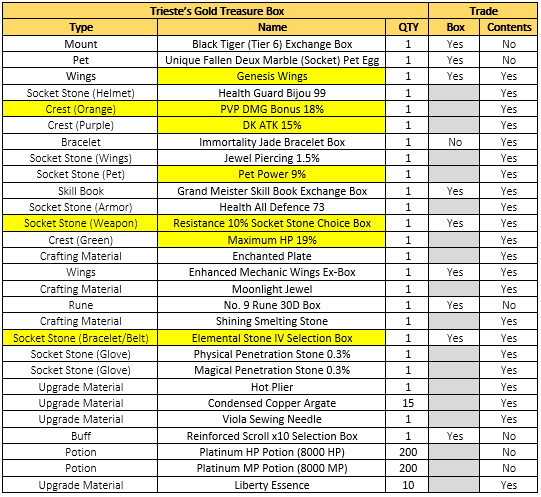 The tooltip on last week’s sale item, the Blossom Rune Package, incorrectly stated that you would receive one random rune from the list, when in fact you will receive all of them. The tooltip has been corrected.

The Dragon Horn is not sealable, so it can no longer be placed into Bosea’s Seal Item screen.