Last week’s Siege update went forward with relatively few issues, and we’d like to thank our players for the support and enthusiasm they’ve shown for Dekaron’s signature large-scale PvP experience.

This week will be comparatively low-key as we prepare for future content updates, but players can check out Dead Front for some additional incentives for running this regular event.

Stop by the DShop for some incredible experience bonuses, too.

Chain of Fire, source of countless demonic attacks, sits atop Dead Front, a dimensional rift whose passage to Karon’s realm produces an unlimited supply of demonic reinforcements. To ensure the safety of our world, Dead Front must be captured! 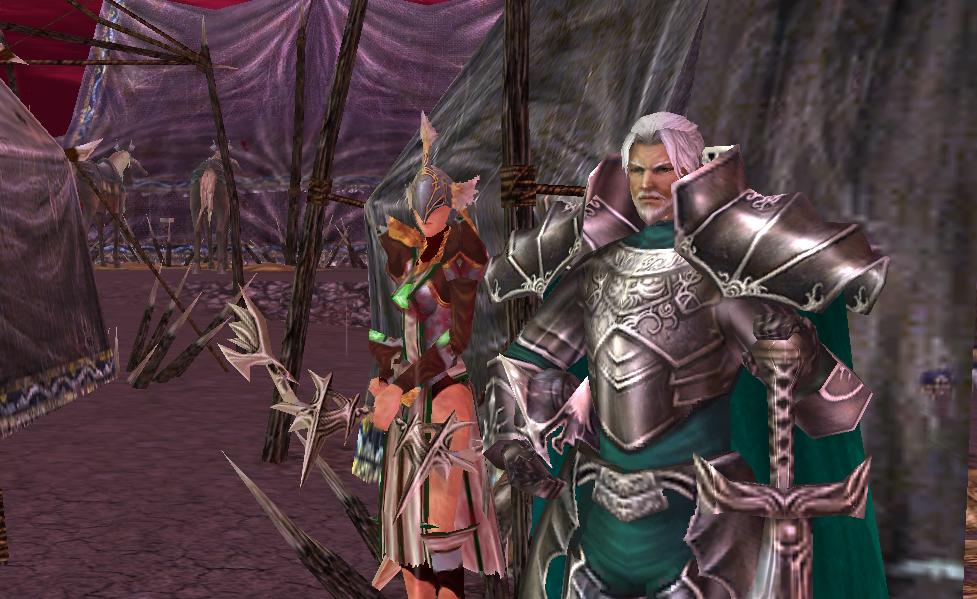 General Hermes will be offering a daily quest during this event, tasking you to challenge Dead Front, and get credit for killing Oppucus. This should be easy if you’re the only group running it, but things might get competitive in the more crowded instances.

You can challenge any difficulty level of Dead Front and still complete the quest, which will result in a Dead Front Commendation Package. You can select one of the two rewards contained within, the first being some Liberated Jewels which might provide you with one of the coveted Moon Earrings, or at least help you upgrade an existing one.

If a random box doesn’t interest you, you can select Hermes' Letter of Writ instead, which Tes will be kind enough to exchange for 400,000 Adventure Points. You can repeat the quest every day for the duration of the event, too. The only good demon is a dead demon! 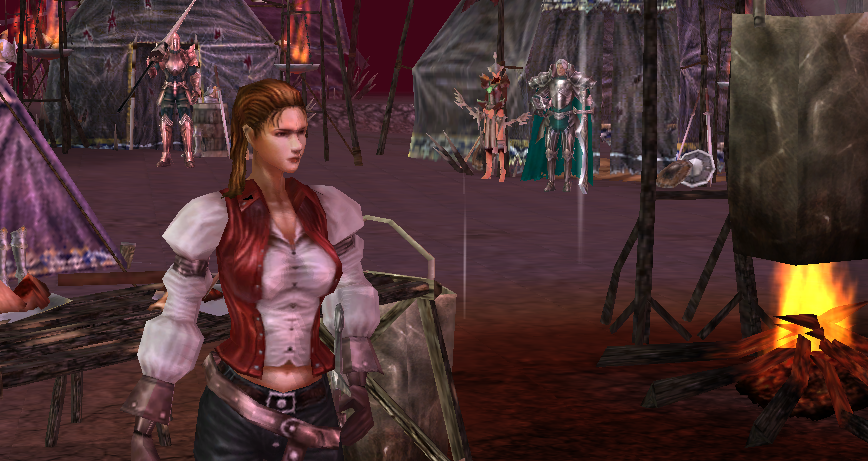 It's afraid! IT'S AFRAID!

Not only is the popular rune-boosting talisman available this week, but we’ve added a powerful new rune to go with it.

Some old sales, which were meant to be temporary, have been removed. The Kakao 100EA Ex-Box can now be found under the Premium tab.

Players have been telling us how much they’ve been enjoying the increased rune activation chance from the Premium Veteran’s Amulet, available from Attendance Rewards. So if you want a longer duration rune buff that’s available on demand, you can grab the Premium Veteran Battle 500% 7 Days Exchange Box, which contains a talisman which increases your EXP gain by 500% when equipped in your growth item slot, and doubles the chances for your carried runes to activate upon scoring a kill.

The talisman will go well with the VVIP Rune 10 Days Ex-Box, which is a bit pricy, but whose rune contributes more then 82 million experience points to your cause, every time it triggers. And it throws in 400 Grade Points as an extra bonus.

We’ll keep shuffling new crests into the Trieste’s Platinum Treasure Box (and its Gold counterpart), as the new boxes change up availability and values. The Health Critical Res Stone 7% adds an additional 2500 HP to the existing stone.

But as it would be in most situations, it’s probably the tiger that has your attention. 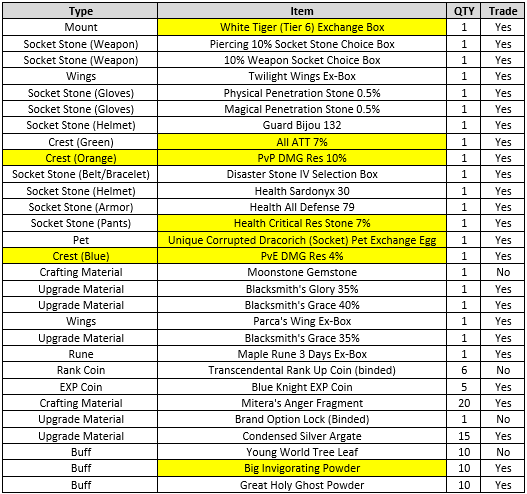 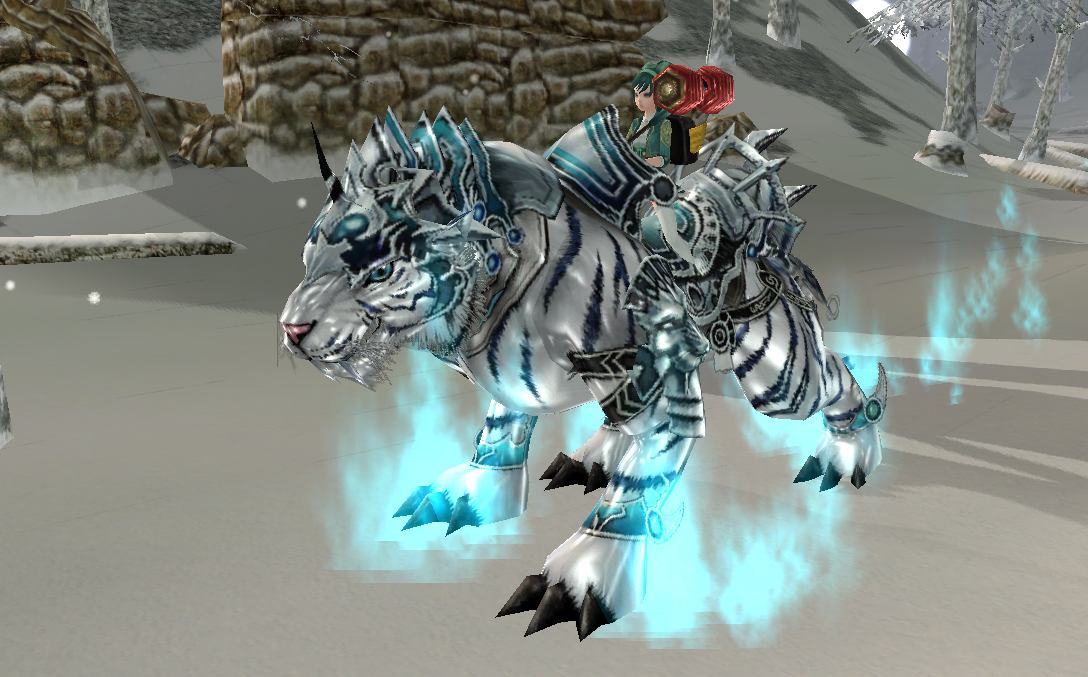 Ride the tiger, you can see his stripes but you know he's clean

The White Tiger is a great choice for running about the world, putting a spring in your step and a bonus to your EXP gain even when you’re not actively riding it.

Conbelton Castle now has a functional marker on the map.