By popular demand, this week features the return of double points in DK Square. anD The DShop is offering a new option for characters who need to get a quick leg-up on the gear grind, but weren’t able to take advantage of a Jump event.

It’s gonna be a slobberknocker in DK Square, this week and next, with all point gains from Dekaron’s biggest PvP arena being doubled. You might feel tougher than a two-dollar steak when you’re out in the world, but get ready to give everything you have in you tonight. 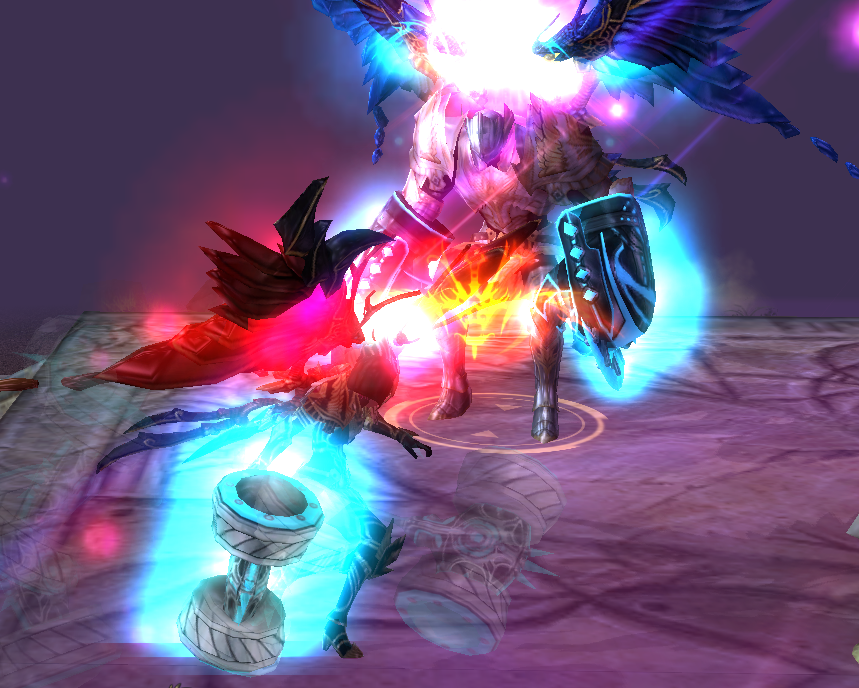 This week’s DShop offering is a quick and easy way to get a leg up on equipping an existing character who missed out on a Jump event.

The Leg-Up Kit contains some of the same gear you’d get from the latest Jumping package, but now you can get it for any character you’d like, and it’s all permanent. As a reminder, Elite Helpyron gear can have sockets and brands attached to it, but it can’t be reinforced – it’s stuck at +7. Its rank options are fixed, and it grants a set bonus, but only with other Elite Helpyron pieces – not with regular Helpyron gear.

All of the equipment contained in the Leg-Up Kit is binded, but the Helpyron Belt & Bracelet are the same as you’d craft - becoming tradable when reinforced to +6 or higher. The boxes which contain the belt and bracelet expire after 15 days, but the items themselves are permanent.

Players may now exchange Seed of Dreams for Master’s Mistake with Jack as many times as they want.

The barriers in Test of Undo Mazoukie (Party) can no longer be destroyed by players with Attack Forces.