The world is dangerous enough, with the forces of Karon seeking to corrupt and destroy. But things are more dangerous than ever, with the new PK channel. If you’d prefer to save your violence for demons, you can now challenge Karon’s Transport Ship on your own. Plus, the return of Papaya Play’s Dekaron Web Shop.

Let’s face it – sometimes players have disputes, and the only reasonable way to resolve things is through brutal and deadly violence. But whether they took a swing at one of your friends, or had the audacity to look at you funny, it’s not always easy to be an instrument of righteous retribution. Dealing out all that well-deserved punishment flags you as Niete and builds up your Infamy Points, and those guards can be a real nuisance. Surely, there must be a better way! 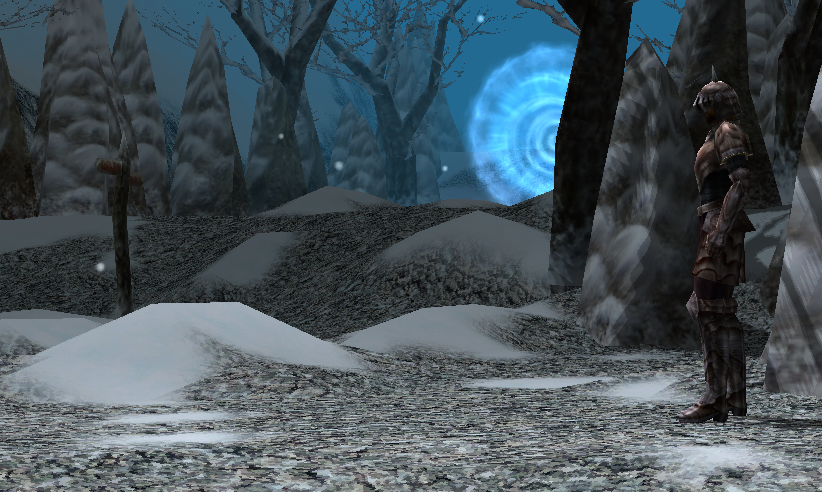 A better way is here, in the form of the PK channel. PK works like the other channels, except when you’re on PK, there are no consequences for PvP. You can pick a fight with anyone, and still teleport as you wish. You can massacre to your heart’s content, and the guards won’t even look at you. You’ll still find your name displayed in fashionable Niete purple when you whack someone, but all it does is make you look more intimidating. On PK, it’s every Dekaron for themselves.

But even if you don’t see yourself as the embodiment of justice, the +100% experience and drop rate on PK might interest you. It’s up to you if you want to take the risk, but be prepared – the PK channel is not for the faint of heart.

As a channel of its own, PK isn’t going to be available for DK maps. But besides Ardeca (where it would be too much fun even for us to imagine), PK can be accessed anywhere in the field (but not dungeons). Get ready to live dangerously.

The poor Incar Order can’t catch a break, with their ship being captured by demonic pirates more often than keys go on sale. The call has gone out again to liberate the Incar’s cargo vessel. But you’ve done this dance before, so why bother putting a party together? 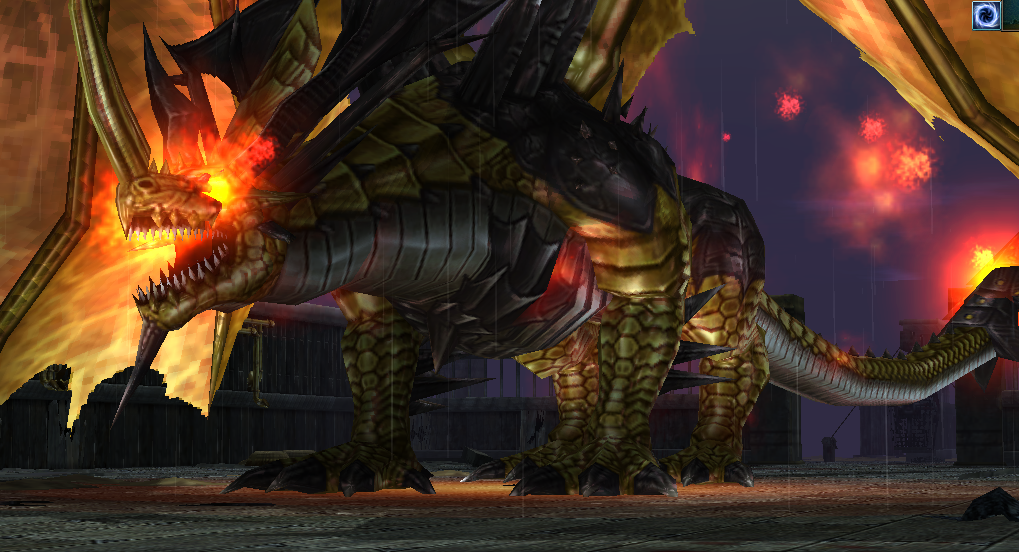 Do you know how many fire codes you're breaking right now?

You can access the dungeon via Requires Beach, as before. But since the new Transport Ship is a solo dungeon, you’ll need a ticket to enter. You can receive one ticket per day for free, but the second, third, and fourth will cost two Super Passes each. 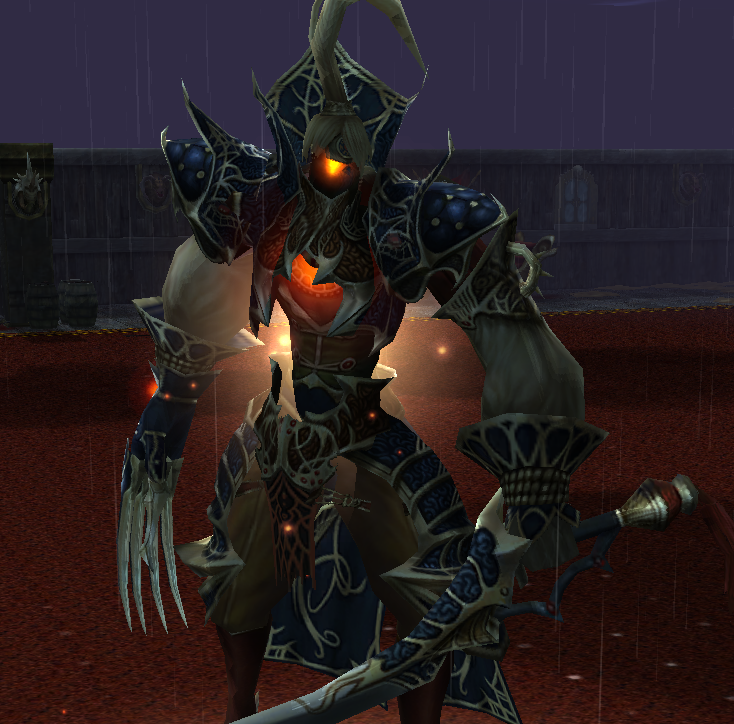 Me fave' letter o' the alphabet? R be well an' good, but me first love will always be the C.

You’ll face five encounters total as you conquer the revamped vessel, and the first three will select randomly from particular members of the demonic pirate crew. You’ll have to keelhaul the crew’s first mate, Death Tarlos, before the final showdown with the vile captain Death Herald. 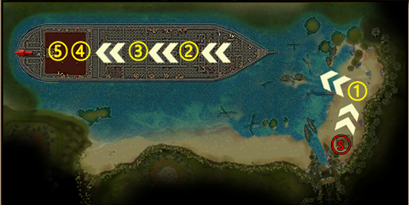 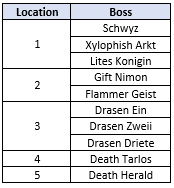 In addition to Argates, you can find the Sinked Sailor’s Ring, as well as the Shining Kardia that you’ll need to upgrade your ring via crafting (and as many as 600 Shining Kardia can be found in the Captain Pirate’s Treasure Chest). Players will be happy to see another source of the rare Nostalgic Pirate’s Coins, used by Aria to enhance the Majestic Earrings.

Speaking of Aria, she’s once again found a way to boost the success rates and/or decrease material costs for many accessories and emblems, for a limited time.

Upgrades labelled with an arrow under the Success column will have an increased success chance when upgrading, and 100% means that there’s no chance of a failed upgrade during this event.

In addition, while the Circulation Emblem isn’t serviced by Aria, your emblem stage won’t drop on a failed reinforcement attempt while the event lasts. 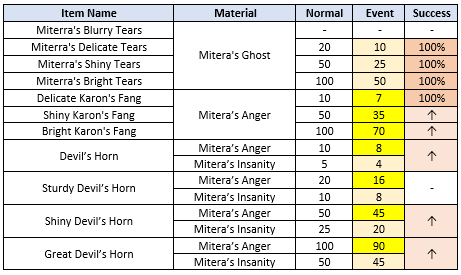 Our Connection Rewards are being switched up again for the following month, with nary a mushy leaf to be found.

You might despair at the daily Dragon Soul reward dropping from 10 to 5, but read on! 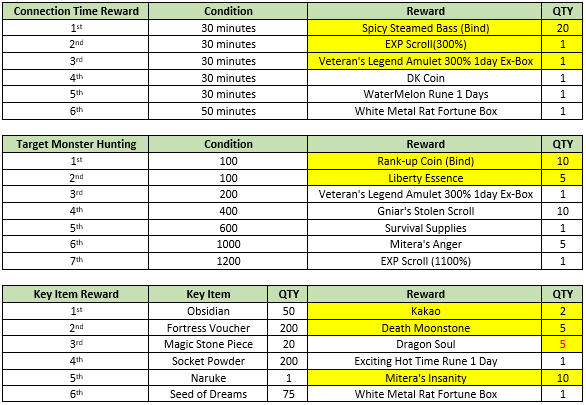 Each day, you can speak to Eva Riana in Valley Rift and receive a quest to take out the bosses of Elonohm, Ruins of Baz/Rudene, and Tower of Spell (Hard) to receive 35 Dragon Souls, which can be exchanged with Ishtar in Ardeca for powerful accessories.

That hasn’t changed, but from now on you’ll receive 60 Dragon Souls for completing the same task. And even better, Ishtar has lowered the prices of many of his accessories, and his Random Master Buff Box.

What could spark this generosity? Have all the souls they’ve touched made Eva and Ishtar all the more magnanimous? Or is something bigger on the horizon?

The Papaya Play Web Shop returns on Monday, September 28th! You’ll be able to purchase select items directly from our website, even if you’re not logged in to Dekaron. Select the character who will receive the items, and your items will be sent to that character, via in-game mail.

By selling items directly through our website, we’ll have many more options for sales available. For instance, the Rapid Growth Package is such a bargain that we could only offer it by limiting it to 3 purchases per account. Look for more web shop sales in the near future!

Right now, the in-game shop is also featuring a sale on Trieste’s Keys and Arcadia’s Protection. The key sale is essentially paying for five and getting a free extra. Arcadia’s Protection isn’t having its per-unit price reduced, but for now you don’t have to purchase fifty at once!

The New Type Costume Jackpot Box, 50/50 Lucky Box, and Fab Four Box sales have all been extended by one week.

(Available Monday, September 28th) If you want to make the most of your DKC but don’t have the time to commit to the full duration of most DShop buffs, the New Rapid Growth Package is a bite-sized way to make best use of your available gaming days. For only 110 DKC, you’ll have one whole day of the best experience boosts the DShop has, and the benefits of Holy Water to boot. You can also do worse than the stat bonuses provided by the Strengthened Fate of Growth Wings, to make your leveling even smoother. 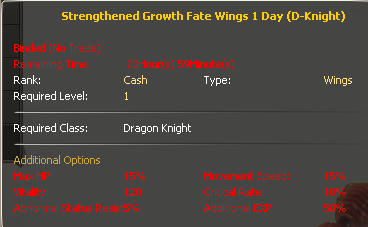 This package deal will only be available through the Papaya Play Web Shop, once it opens on Monday, September 28th, and you are limited to a maximum of three packages per account, across all of your characters on both servers. All unused New Rapid Growth Packages will be deleted on October 23rd, so make those three days count.

Key sales usually accompany changes to the treasure boxes, and this week is no exception. Trieste’s Platinum Treasure Box is once again home to the majestic and elusive Kirin of the Ninth Sky. But it now arrives in a tradable box, so you can find another home for it should you not want to adopt one yourself. 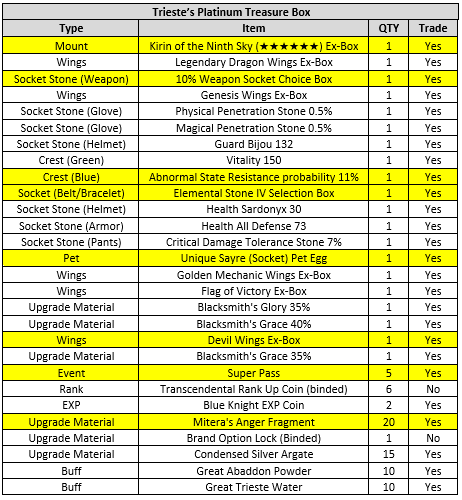 The Platinum Box might also reveal a Unique Sayre (Socket) Pet Egg, which contains a cute and cuddly companion, keen to carry the collectibles of your conquests. It also contributes a 15% increased critical hit rate and 5% damage reduction to its master. 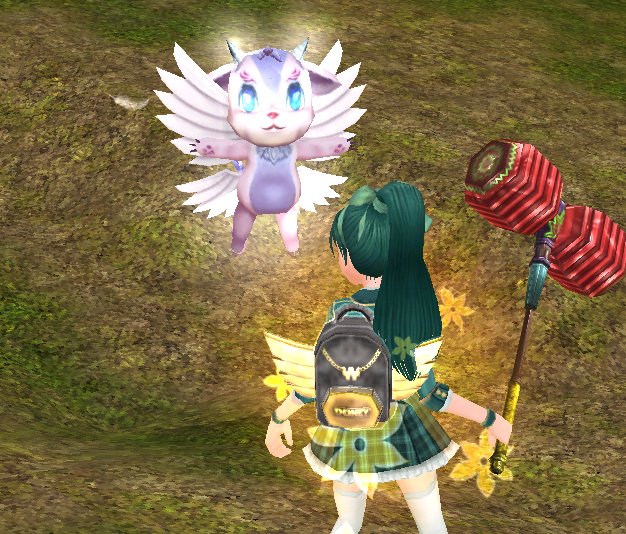 Catch 'em all, and start your own media franchise juggernaut!