And come one, come all! Sharpen up your skee-ball technique and save some room for junk food, because the fair has come to Ardeca. Last week kicked off a month-long giveaway to celebrate five years of Dekaron at Papaya Play. But June also marks fifteen years since Dekaron’s original launch. So why stop at just one celebration event?

​The 15th Anniversary Theme Park is a solo dungeon, open to characters of level 100 or higher. To enter, speak to Hani, Queen of the Festival, in Ardeca. Like any good theme park, you’ll need a ticket to enter. Hani will sell you two 15th Anniversary Park Tickets per day, for the reasonable price of 150,000 DIL each. You can receive two additional tickets via Connection Rewards (keep reading for more details). 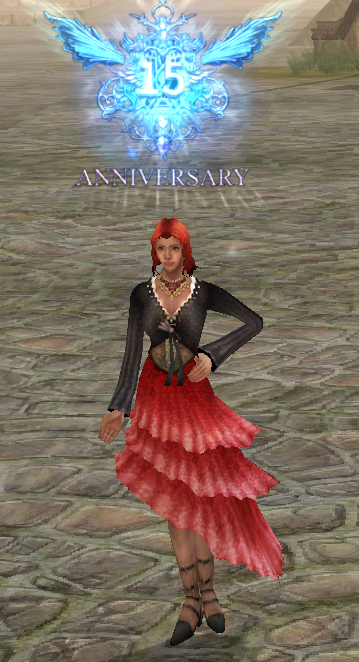 When you enter the Festival, you’ll be randomly whisked to one of six rooms, where you’ll have to fight for your prize in each room’s challenge.

Once victorious, you’ll be given an experience reward, and a random box that’s unique to each room and contains your prize (with the exception of the Paradise room, whose chest drops your prize directly). Each room’s box either awards its featured, rare prize, or another prize from a pool which is shared across all rooms.

The Dekaron Collection Fortune Box contains items from previous anniversaries, with stats and set bonuses which still function just as well as they did in years past.

The 15th Anniversary Theme Park, and its rewards that are marked to expire, will only be in town for three weeks. Rack up those prizes while you can.

​For the duration of the anniversary festival, the Connection Rewards will provide two extra 15th Anniversary Park Tickets, for those who are determined to get their hands on those top prizes.

We realized that we’d added the wrong level of experience scroll to last week’s quest, so we also felt that everyone deserved a chance to get the new 1500% Experience Scrolls.

NOTE: An oddity​ with the way timed items are generated means that Park Tickets from Connection Rewards are a bit... unstable. Try not to claim them until you're ready to use them right away, and don't log out or switch servers/channels while carrying them. We'll have them fixed for next week. Sorry!

​The Dekaron Fisherman is a strange fellow who’s arrived from parts unknown to celebrate 15 years of Dekaron, in the only way he knows how. We’re not sure what he put in the water, but Hungry Piranha and Piranha’s Bone seem to be finding their way onto fishhooks a good bit more often. The Dekaron Fisherman has brought his personally-designed Fisherman’s Big Fish Fishing Rod and a collection of 15th Anniversary Runes, and he’s willing to give you both if you can demonstrate an appreciation for his craft.

15th Rune has a relatively low proc rate, but is confirmed to be working.

The Dekaron Fisherman plans to stick around for three weeks, leaving with the anniversary festival.

Less of this, you're hoping​

During this event, you will be guaranteed to succeed on all upgrades up to Delicate Karon’s Fang. Upgrading to any Devil’s Horn stage has a 1.5x higher chance for success than normal, and the final upgrade to Great Devil’s Horn has nearly triple the usual success chance. We can’t bring you odds like this very often, so try and get your hands on these accessories while the getting is good.

​Rare materials for the Qune’s Earring have been added to Trieste’s Gold Treasure Boxes.

Grini (or Greeny, he couldn’t decide) is a modest but respectable mount who has found his way into a rare few Gold Boxes, too. Of course, he has no illusions of stealing the spotlight from the Platinum Box’s much flashier new arrivals.

Most players are already familiar with the highly-desired Genesis Wings. The Kirin of the Ninth Sky is a steed worthy of the gods themselves, whose striking appearance (and tendency to leave patches of greenery in its wake) is matched only by its impressive stat bonuses. Good luck to those bold enough to try and track this beast down. 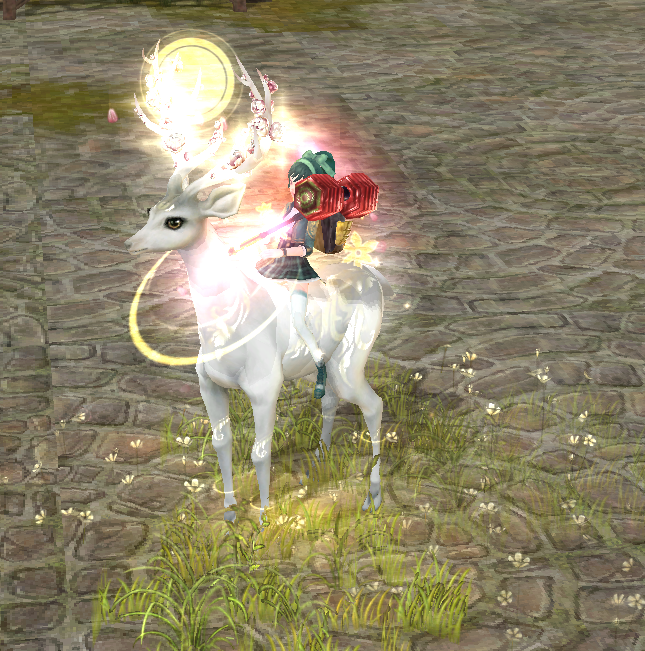 You don't wanna know what else it leaves behind​

​The High Scroller’s Lucky Box is being removed from the DShop, but it’s being replaced with the almost identical 15th Anniversary EXP Lucky Box, with the same price, contents, and odds, except containing 1500% bonus experience scrolls in place of 1400%.

The two existing wing-themed random boxes, the Cosmic Egg and 1000% Wings Gacha, are being set aside for a new random wings gacha, the 15th Anniversary Wings Lucky Box. This new box changes some of the contents and odds, but the individual cost remains the same, as do your chances of hitting that Genesis jackpot. Newly-included is the 15th Anniversary Wing Socket Stone, which lets you pick two of several potent wing jewels.

Both new items are scheduled to remain on sale for the same time as the anniversary event - three weeks.

Not technically a bug, but Camouflage now stacks to 100.

Catalyst 1day now stacks up to 20.

Dragon’s Nest drops have been straightened out.

Here's​ to five more years. Thanks, and see you in Trieste!