We hope you’ve all been staying safe and stress-free. This week’s update is relatively minor, mostly focused on a few bugs that have either crept in during recent builds or have been around for a while but haven’t yet been dealt with. A couple of the Helion launch events are being modified and/or extended to better accommodate player response. We’ve also included a few small additions for new characters, to help boost them up to higher levels, where the real action is.

​We designed the Helion Launch Daily Giveaway to reward characters who logged in every day for three weeks, with a couple of extra days to spare. We intended to add more extra days to make the event last the full month along with the other launch events, and to give players more time to obtain all the prizes. It looks like communication broke down somewhere and the date wasn’t actually changed, which has resulted in quite a few players missing out on their prizes that the patch notes said they’d be getting.

The mechanics of the event are a little too complex to just pick up where it left off. Instead, we're starting a new giveaway to make sure that everyone gets what was promised, and give a little extra to players who already got their prizes, because we like giving you things. 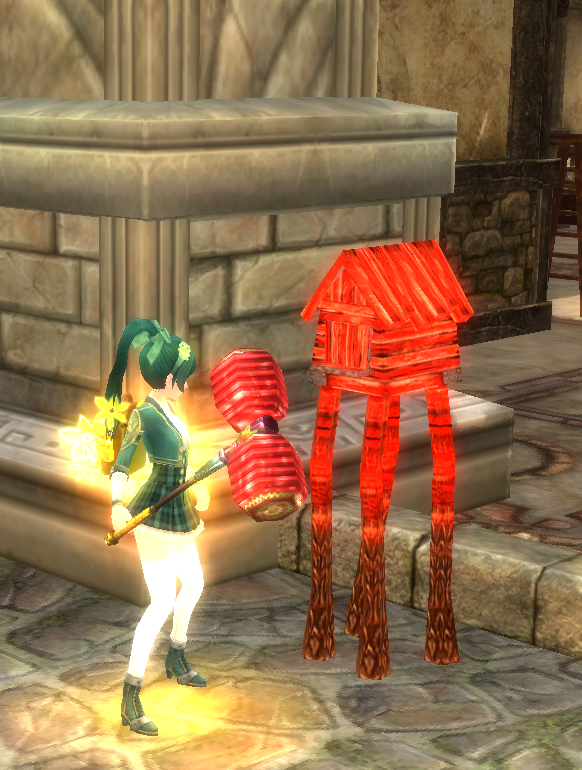 And since our players who’ve elected to remain on Trieste have told us that they are feeling a little neglected, we’re including them as well, in our Daily Giveaway: The Second One: 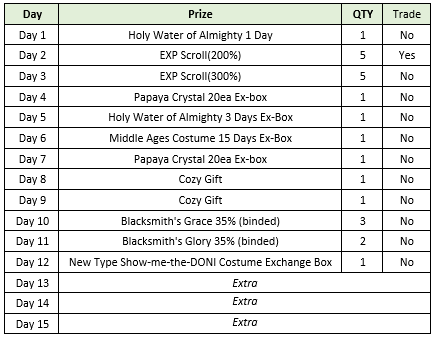 This giveaway works the same was as the last one. Every day that your account logs in, a prize will be mailed to the highest-level character on your account. If multiple characters are at the same level, the one with the earliest creation date will receive the prize. Each day that you log in to the server, you’ll receive the next prize on the list.

The event will last for two weeks, so check both servers daily.

​There was some internal discussion as to whether four weeks would be enough for someone from every class to complete the First To 200 event. Ultimately even we were taken aback by the population surge that Helion brought on, and while it made the server feel exciting and alive, it also made prime leveling spots quite rare.

It’s not looking like anyone will hit the big number before the official conclusion of the event, so we’ve elected to extend the deadline by two weeks.

To give players a better chance of reaching 200, we're leaving the Helion experience bonus at 500% for the weekend, and considering what to set it at for the duration of the event. Trieste's experience is going to be set to 300% for the weekend as well, just to make our Trieste players know that we haven't forgotten them.

However, the DK Square Rankings have been totaled, and we are mailing out our prizes to those Dekarons who faced up the challenge of DK Square. Congratulations to our champions!

​With the end of the Helion launch event, all new characters on Helion will now receive the standard Papaya start package, instead of the new starting package. But the current package has started to feel a bit dated, considering the overall scale of Dekaron. So we’re giving it bit of a boost. 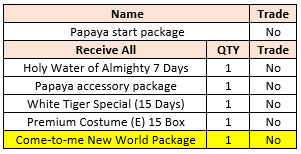 Most of the new package’s contents you’ve already seen, but the Come-to-me New World Package has replaced the potions and weapon.

Needless to say, there’s too much contained in these packages to list it all here. But by the time you get to the bottom you’ll have received multiple sets of weapons and armor, more than 3 weeks of complementary Holy Water of Almighty buff time,  4000 minutes’ worth of Battle Support stamina, 9 days use of 200% Veterans’ Talisman and 14 days of 300%, more than 30 days of the Explorer’s Rune, lots of HP/MP potions, a free pet, and more.

That should be enough to get you to the endgame, right?

​Monsters in Polluted and Purified Arcadia have been exhausted of their Trieste’s Gold and Platinum Treasure Boxes, but will continue to cough up Arcadia Coin: Wing and Karon Bell Fragments for at least one more week.

​In the DShop, the experience scroll random box has been replaced with the Stay Boosted Lucky Box. For the same price as before, you’ll have increased odds of hitting the maximum value (1400%), and you’ll receive more scrolls overall. You can save almost 20% by purchasing in bulk, too.

The B-Trieste Package is replacing the Blessing of Gnire Random Box (10EA). The new offer has better price and includes 20 Ballon d’or 6.

Players can now purchase Dragon Tickets directly from the DShop, with a bulk discount. Dragon Tickets are needed to access the Dragon’s Nest dungeon, in Mitera. 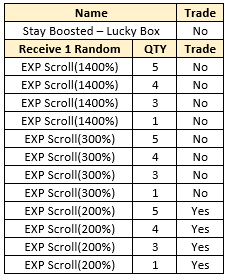 All of these offers will be available for at least two weeks. They may remain longer, depending on sales and other factors.

​For the next 2 weeks, the Secret Stashes have been removed from Ruins of Baz and relocated to Karon’s Fire Pot.

We’re also introducing a new stash for this week and next week, with a mix of useful low-level items for new characters, and some more slightly valuable items that have been requested by the community. Defeating the bosses of Python Castle Dungeon will reveal the new Dusty Stash: 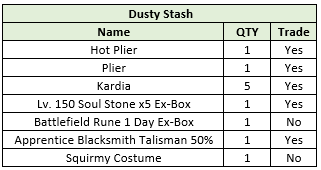 The Dusty Stash isn’t meant to be as lucrative as previous stashes, but it’s an additional source of the oft-requested pliers.

The benefit of the Squirmy hat speaks for itself. 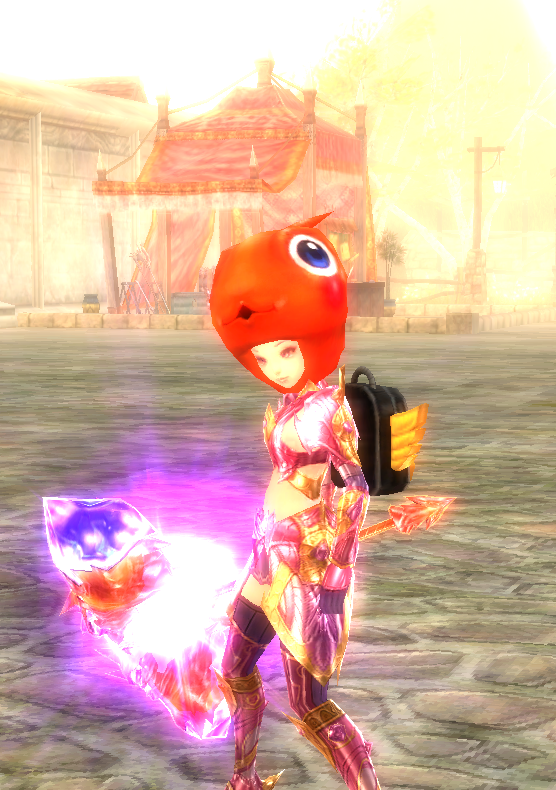 ​There are a few bugs that have evaded us for a while, so this week we took the opportunity to take care of them for good:

All Crafting Recipes should be restored, with their proper names and locations.

Jack, Tess, and other merchants who deal in item trades instead of DIL are again open for business.

Any remaining Halloween Special Package or Lv130 Achievement Pack that are still around can now be opened.

Sotzius has been mostly straightened out. Unfortunately, due to limits of the game engine, he can’t accept a mix of both binded and tradable Gold Dragon Spirit Shards in exchange for his Gold Dragon Scale Belt, but you can specify which version of the shards you will be giving to him. There isn’t much demand for the Gold Dragon Scale Belt (Binding), since Aria can’t upgrade it, so you can now hand the binded belt to Sotzius, along with either 100 binded shards or 100 tradable shards, and receive a tradable belt in exchange.

Thanks for your support as always, and see you in Trieste!