​Hello, Dekaronians! The sky’s the limit with this week’s update, featuring a new pair of wings, two ways to adventure in Arcadia, and much more.

​The long-anticipated Genesis Wings have finally arrived in Dekaron Global, and the only place you’ll find them is in the Cosmic Egg, available from the DShop. You’re facing some long odds for the new pair, but there are many other powerful sets of wings to be found within, and plenty of Liberty Essence. 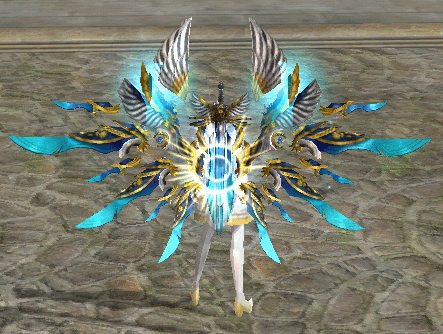 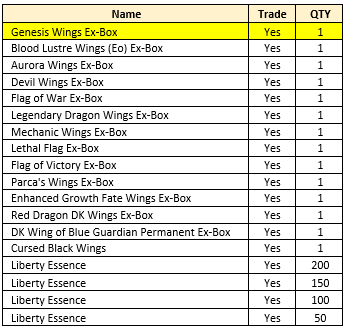 There are now two separate versions of Arcadia: Purified and Polluted, both with their own zones. You'll have the choice of which version to visit when entering from Ardeca or Shangi-La.

Arcadia (Polluted) functions as it did before, but the creatures of Arcadia (Purified) will not inflict Heaven’s Venom when killed. Monsters on the Purified side will not respawn as quickly as those on the Polluted side either, so it’s still worth it to face the extra challenge for more experience and drops. You also won’t meet Corrupt Phoenix Members on the Purified side. 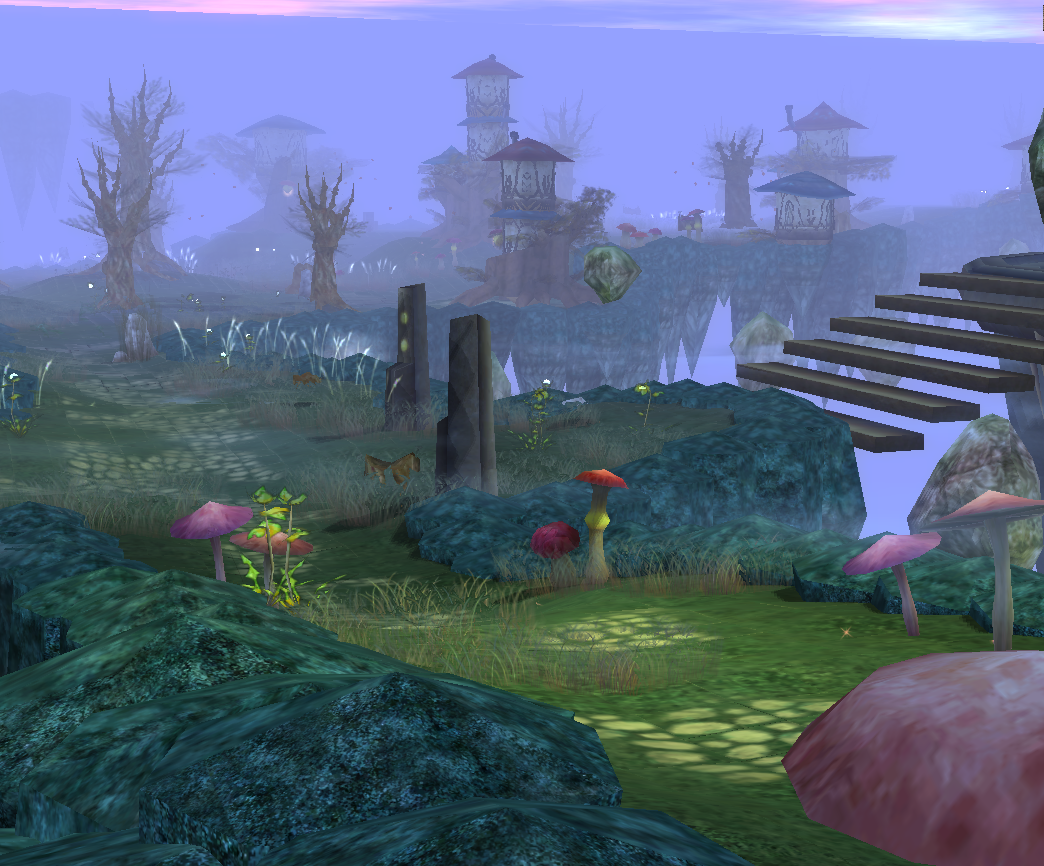 Speaking of drops, creatures on both sides of Arcadia now use the standard drop table, instead of only giving up Arcadia tokens. There will also be a small chance of receiving Stamina Potions from creatures on either side. We imagine that players probably prefer getting actual loot than tokens, making Arcadia an overall better experience.

Because Arcadia tokens are still needed for some items which are unavailable elsewhere, we plan to introduce a new way to obtain them in our next patch.

While you can now tour one side of Arcadia without worry of venom, we still feel like the new opportunities available on the other side warrant a revisit of our 2-for-1 deal on Arcadia's Protection. That's one hundred hours, for the price of fifty.

​You’ll be seeing something new with this update – the Dekaron Dungeon Drive. Every boss in Sacred Claw and Forgotten Underground Temple will, upon death, summon a Redcap. Redcaps are elusive little thieves with all the riches of leprechauns, but none of the whimsy.

Redcaps always have something on them, and sometimes multiple items. They’re in possession of some elusive items, including the oft-requested Pliers and Hot Pliers, Brand Locks, even the coveted Wedding Ring.

Cherubim is joining in on the action too, and will summon three Redcaps when slain by your expedition. Cherubim is in her nest where you left her, just beyond Morse Yawalai, inside the warp gate in Space of Pilgrimage. 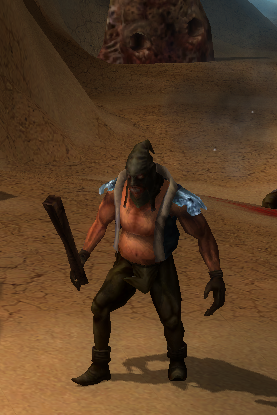 We’ve been hearing from players that the drops in high-end dungeons aren’t quite worth the time and organisation that’s needed to tackle them, and we would like to see if the chance of new and different rewards makes dungeons more enticing. Dungeons are some of Dekaron’s most exciting and accessible content, and they should be both fun and worthwhile to visit. Let us know what you think of this new drop system. 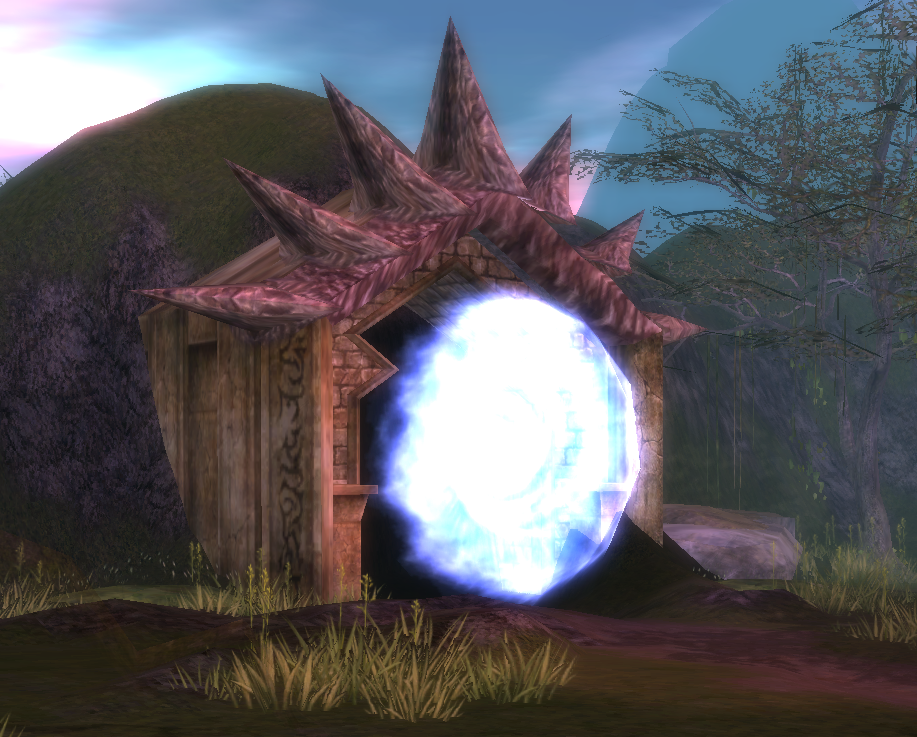 ​Trieste’s Platinum Box is getting another shake-up, with some enticing new prizes that we’ve highlighted below. To sweeten the deal, the 2-for-1 offer on Trieste’s Golden Key 10x Pack is temporarily returning to the DShop. If you’ve been hoarding those boxes, now’s a great time to see what might be inside.

​If you’re feeling lucky, that’s probably because we’re on the final stretch of the Green Road to Saint Patrick. Experience gain is now set to 500% for the entire week.

​The Black Pegasus offer in the DShop has concluded. Thanks to all our players who requested new types of offers like this. We’re still compiling our data, but we’ll see if we can offer more sales like this in the future.

Our Karonbell Emblem IV 1D offer is departing this week, too.

​Over the past few weeks, we’ve been performing large-scale rank reductions in order to correct the effects of huge numbers of duplicated Rank-Up Coins that had saturated the Dekaron economy. We’re happy to report that, after a few snags, we’ve finally gotten everyone’s ranks set to the proper relative levels, and almost all of the illicit coins have been purged.

Those players whose ranks were far in excess of what would have otherwise been possible without the inflated supply of coins have all been summarily demoted, and granted a unique title (one that's just for show, no stat bonuses).

We're hoping that this title reminds you to avoid known illicit items in the future. We also hope that it reminds you that you have already been let off the hook once, because the situation went on longer than we would have liked, and because many of these players did end up assisting us in tracking down the sources of the illicit coins.

With the duplication exploits closed, we continue to identify and purge confirmed duplicate items. While some players might unwittingly end up with illicit items in their possession from trades, we only take action against obvious, large scale infractions.

​See you in Trieste!